You may have seen a lot of people hit the jackpot right in front of you, but how often have you hit the jackpot? It’s not everyday that you turn out to be the lucky, in fact, it’s a rarity for many. However, not for this 61-year old account manager at who hit the jackpot four times! Call it about having the Midas Touch. The senior, who recently won a Keno jackpot, is happy, not just because he won big money, but also because he has finally achieved his dream – of winning all the four biggest gambling Jackpots! Feeling envious already? Read on to find out how much the lucky elder cashed in. 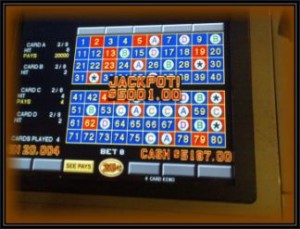 It was just a month ago that he won a seven-number Keno jackpot at Breakers Country Club in New South Wales, where in he swept in $16,000. He had been tasting success since the end of 2013, where he first hit a jackpot of $62,000 (with a eight-number keno ticket) while enjoying a vacation in Bega. Next was a nine-number jackpot worth over $200,000, which he won in 2014. Interestingly, he won the jackpot at Breakers itself. With his second-time win at the club, he took home a huge cash price of $1,035,857.

The winner first got into gambling around six years ago, when his friend turned into a millionaire overnight after winning a $2 million jackpot. The senior plans to retire next year, which was also another reason for him trying his luck constantly. Somehow, he had an intuition that he would win big soon, which is why he bought a Keno ticket everyday of the week (in which he won).

Ken Pearson, the manager of the Breakers Country Club too congratulated the lucky winner, who wishes to keep his identity a secret.

This entry was posted in Feel Special. Bookmark the permalink.