The latest offering from online gambling software developer, NetEnt, is downright spooky. NetEnt, the world’s largest provider of online slots and gaming software, has partnered up with Universal Partnerships & Licensing to give players Dracula Online, an engrossing slots game set in a world of nightwalkers.

Universal Monsters Dracula Online Slots is just the latest themed slots games from NetEnt, and the company is confident that players are going to love it. Chief Product Officer at NetEnt, Simon Hammon, is very happy with the results of his company’s collaboration with Universal, saying that “players will love this gothic slot.” 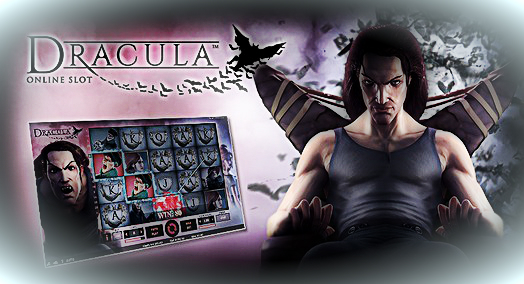 Dracula Online allows players the chance at Free Spins, Stacked and Wild symbols as well as Stacked Wilds. One of the most intriguing new features of Dracula Online is the Bat option. When players hit the Bat button, Dracula explodes into a swarm of bats that transforms the symbols on the reels to random symbols. The Bat option gives players the freedom to transform their fate.

Always leading the edge of innovation, NetEnt has incorporated spooky binaural sound into the Universal Studios Monster franchise. Players with headphones or surround sound speaker systems will feel as if they are actually in a world of bats and vampires when they spin the reels.

Hopefully, players will see more monster-themed slots games from Universal and NetEnt in the future, but for now players are eager to take a bite out of Dracula Online. Since founding in 1996, NetEnt has created some of the world’s most popular and engrossing online slots games, and Dracula promises to be a welcome addition to its family of games. Through its partnership with Universal, NetEnt could soon create games based off of The Phantom of the Opera, Frankenstein and the Mummy.

You may have seen a lot of people hit the jackpot right in front of you, but how often have you hit the jackpot? It’s not everyday that you turn out to be the lucky, in fact, it’s a rarity for many. However, not for this 61-year old account manager at who hit the jackpot four times! Call it about having the Midas Touch. The senior, who recently won a Keno jackpot, is happy, not just because he won big money, but also because he has finally achieved his dream – of winning all the four biggest Keno Jackpots! Feeling envious already? Read on to find out how much the lucky elder cashed in.